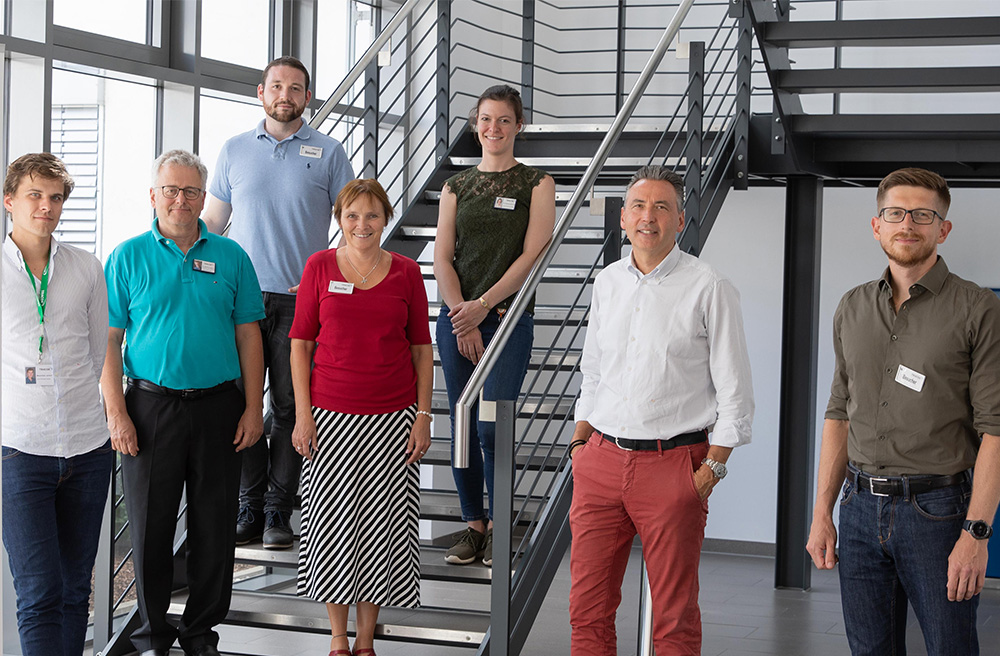 In addition to a large number of measures to cope with the significant additional demand due to the corona pandemic, TRACOE has mastered three surveillance audits and the MDR certification audit.

(Nieder-Olm, August 2020) – The first six months of 2020 posed significant challenges for everybody, especially for the health industry throughout the world. The impact was considerable for TRACOE medical too. However, despite the Corona crisis – or rather due to it – the manufacturer and distributor of medical products and aids for patients with tracheostomies (artificial openings of the trachea), laryngectomies (removal of the larynx) and ventilation (respiratory care) from Nieder-Olm (Rhineland- Palatinate) is able to announce positive results for the first six months of the year. The sudden and exponential rise in respiratory patients, who are infected with the virus, continues to trigger a world-wide, escalated demand for medical products that secure ventilation of COVID-19-patients. “It goes without saying that we would prefer it, if the pandemic had not occurred in the first place and the situation was not so terribly serious. Our challenge in the current year was not to resolutely continue on our path of consistent growth as before, but to cover the significantly increased demand for our products” explains Dr Thomas Jurisch, Managing Director of TRACOE medical. The Company increased its revenue by 22.5 percent to 15.9 million EUR in the first six months – and also managed to jump a further major hurdle of vital importance for TRACOE medical’s future.

For the entire XTR Group, whose members include, apart from TRACOE medical Germany, the UK affiliate KAPITEX Healthcare Ltd, the subsidiaries MC Europe B. V. (Netherlands) and TRACOE medical Austria, the first six months of the year were dominated by the Corona crisis, which led to a marked increase in demand. The group significantly increased its total revenue by 26.6 percent to about 22.3 million EUR.

“So far in 2020, apart from the internal precautions we have taken to protect our co-workers from infection, our emphasis has centred on developing measures that guarantee the manufacture of our products, while at the same time increasing our capacity as well”, says Dr Jurisch. For this, the company, whose “Quality Made in Germany” strategy once again proved to be particularly advantageous in times of border closures and lockdown, established a twoshift system to minimise the risk of delivery shortages. “Every individual at TRACOE medical has worked with personal motivation, a big heart and tireless effort, pushing him- or herself to the limit – even on Saturdays and late into the night” says the Managing Director, who expresses his great appreciation for his co-workers. At the same time, he warns of slacking in the face of relaxing restrictions: “For now, we are not anticipating that the situation will ease in the coming months and are therefore looking for co-workers to support production in the long term.” It is not only Corona that challenges the manufacturers of medical technology products, who export their high-quality handcrafted products globally to around 90 countries, but it is also the new EU regulation.

Biggest change for the Med-Tech Sector in decades

Dr Thomas Jurisch: “The EU regulation calls for significant changes – especially for small and medium sized businesses. Regulatory demands by the Medical Device Regulation (MDR) are so high that there is a danger of them becoming insurmountable hurdles for niche products and for small medical technology companies in particular”. With the new regulation, all procedures around medical technology products will become significantly more detailed and extensive than before; licensing will be more complex and controls markedly increased. And this - plus the very tight three-year transition period - leads to bottlenecks in inspection centres (Notified Bodies). But, as one of the first companies ever, TRACOE medical has meticulously prepared for the compulsory certifications, of which four were due at the end of June.

Three of these were so-called surveillance audits: The Medical Device Single Audit Program (MDSAP), which has slimmed down the licensing procedures in the US, Canada, Australia, Brazil and Japan, the DIN EN ISO 13485:2016, with which the quality management systems are checked with respect to product security, and the Medical Device Directive (MDD), which aims to guarantee free movement of goods and safe products in accordance with EU-wide requirements. The fourth audit was the MDR-certification audit, for which TRACOE had made intensive preparations and which has only recently been added to the list of certifications provided by TÜV Süd, the Notified Body. “We passed all four audits with only a few, minor deviations” states Dr Jurisch: “That is a very good result that we are proud of and that we were only able to accomplish with the help of our co-workers, especially our audit core team led by our Quality Management Officer Dr Bernhard Bauer”. The certifications were completed without any hitches and comparatively early in comparison to other businesses in our sector, which is not least due to the quality of the TRACOE project management team and their matter-of-fact attitude regarding regulatory issues. Dr Jurisch: “We are looking into the future with confidence and wish for a hopefully calmer second half of the year 2020 for ourselves and for others”